Climate Change Will Define the UAE’s Next 50 Years 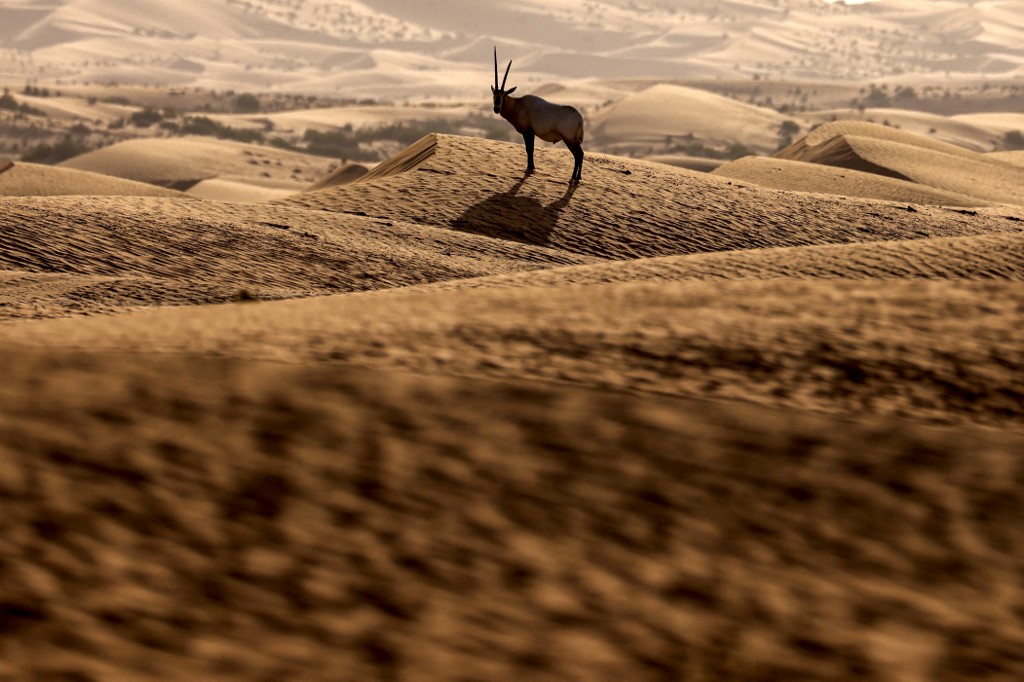 In a country not known for doing things by half, the UAE’s 50th birthday celebrations were impressive. Flags flew, fireworks exploded, the UAE Air Force aerobatic display team painted the skies red, green, white and black and the omnipresent face of the founder gazed down upon his creation.

In the half-century since Sheikh Zayed of Abu Dhabi seized the opportunity presented by Britain’s sudden decision to end an imperial presence in the Gulf that dated back over a century and a half, the transformation of the former Trucial States has been astonishing.

Today, evidence of the success of that enterprize is everywhere, from the impossibly rapid transformation of the modest trading and fishing settlements of Dubai and Abu Dhabi into the glittering metropolises of today, to the establishment of a once inhospitable stretch of barren desert, once a “hardship posting” for western soldiers and oilmen alike, as one of the world’s premier tourist destinations.

Pause and remember that all of this has been accomplished in less than a lifetime.

But what of the next 50 years?

On the eve of the celebrations, posing such a question might have seemed churlish. But now the party’s over and it’s time for the UAE to look at the considerable challenges it faces over the next half-century.

Churlish or not, one of the world’s big three credit rating agencies chose the week before the UAE’s birthday to release a report that might have taken the shine off the celebrations.

As things stand, Fitch Ratings is a fan of the UAE. In November it affirmed its all-important long-term Issuer Default Rating (IDR) for the country at “AA-” – a resounding vote of confidence in the UAE as “a very low default risk” for international lenders.

Less reassuring, however, and reflecting the stark realities looming for the UAE, was the report “Climate Change Physical Risks Are a Growing Threat to Sovereigns,” published by Fitch just four days before its glowing ratings reappraisal.

The report features a table of the 15 countries assessed to be most at risk from the effects of extreme temperature and drought threatened by climate change – and the UAE is in the number-one slot.

What this could mean has been spelled out in a series of climate-change studies over the past five years, all of which have reached the same disturbing conclusion.

In the words of one of the most recent, published in March in the journal “Climate and Atmospheric Science,” for the UAE, climate-change business as usual would mean that “in the second half of this century unprecedented super- and ultra-extreme heatwave conditions will emerge,” with temperatures hitting up to 56 °C and higher for weeks on end.

In Abu Dhabi and Dubai, “the combined effect of high temperature and humidity is projected to reach or even exceed the thresholds for human adaptability.”

In other words, having risen from the desert in just 50 years, in another half century the wonder of the modern world that is the UAE might, in the face of a worst-case climate scenario, have to be abandoned to the sands from whence it emerged.

Of course, the UAE is not sleepwalking into disaster.

It is very well aware that it needs to replace its dependency upon fossil fuels with an expertise in renewables and other technologies that will allow it to remain an essential go-to energy partner.

But the UAE is caught in a bind. All the alternative development and evolution away from fossil-fuel dependence costs money and, for now, the bulk of that money comes from the same oil and gas reserves that have brought the UAE so far in such a short time –­ and which have brought the world to the edge of disaster.

Therein lies the dilemma the nation must confront over the coming decades. The UAE has to find a way to balance its need for the short-term gains from fossil fuels with the existential imperative of reducing its own production of climate-change gases in line with the global ambition to slow and halt global warming.

It’s a tightrope that the country appears confident of walking.

In October the UAE became the first of the Gulf oil states to set a target for net-zero greenhouse emissions, pledging to decarbonise its own economy by 2050.

The very next month the decision to name the UAE as host of the COP28 climate talks, due to take place in November 2023, came as an early golden anniversary gift, albeit one that could prove burdensome.

It says something for the confidence of the UAE that it appears to be undaunted by the inevitable scrutiny to which its green credentials will be subjected over the coming two years.

There is no doubt that when the UAE reaches its 100th birthday in 2071, the face of Sheikh Zayed will be gazing down on a nation very different to the one that has just turned 50.

The foundations for that future are being laid right now. But exactly what form it will take, and what shape the country will be in, will be largely in the hands of a generation of Emiratis who, as children, took proudly to the streets on National Day in 2021.

The task the post-oil generation faces over the coming decades is going to be every bit as challenging as that confronted by Sheikh Zayed and his peers 50 years ago.