China’s Economic Rivals are Trying to Compete, but They’re Failing 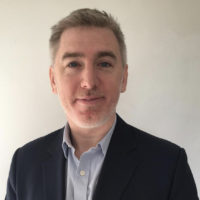 China’s Belt and Road initiative (BRI) has for the last five years dominated the international political discourse across Eurasia. A scheme of breathtaking scale and ambition, the BRI aims to develop infrastructure, connectivity and trade across several continents at a cost of trillions of dollars. In tandem with related projects, like the Asian Infrastructure Investment Bank (AIIB), the Beijing-led development bank, the BRI is transforming the structure of the regional order in Asia.

For China, the goal of this grand scheme is clear: to develop a Sinocentric regional order that shifts the direction of influence away from the US and its allies and toward the Middle Kingdom. The countries most affected, then, are those very same US allies, not least Japan.

For decades, Japan, America’s closest and most powerful ally in the region, was the largest economy in Asia. Although constrained by its pacifistic constitution, Tokyo invested in soft power through overseas aid and international institutions such as the Asian Development Bank, which is perhaps the organization most directly challenged by the AIIB.

Now, Japan and other US allies are watching a nascent regional hegemon slowly buy up Eurasia.

Tokyo is reacting to China’s growing clout by developing its own alternative to compete with the BRI. Although there is no single program, Prime Minister Shinzo Abe keeps talking about “quality infrastructure investment” when discussing overseas projects. The targets for such largesse are the same parts of Asia and Africa that also happen to be the focus of Chinese investment.

In October, Japan and the European Union signed a deal on infrastructure between Europe and Asia. The goals are almost identical to those of the BRI: to increase connectivity by investing in third countries in Eastern Europe, Asia and Africa. The partnership is intended to promote free, open, rules-based trade and investment and to foster openness and transparency – apparently in contrast to China’s often unconditional and at times predatory investment and loans.

Tokyo has also sought out other partners beyond Europe for Abe’s much-vaunted quality infrastructure investment. With Indian Prime Minister Narendra Modi beside him in November 2016, the Japanese premier announced an Asia-Africa Growth Corridor (AAGC) concept. Aside from the obvious overlap in geography, the AAGC also has very similar objectives to the EU-Japan Partnership on Sustainable Connectivity and Quality Infrastructure: quality infrastructure, people-to-people exchanges and sustainable development. These principles, very much in line with Tokyo’s historical emphasis on soft power, reflect Japan’s key role in pushing for these initiatives with interested partners.

The trouble with both initiatives, though, is a lack of firepower. The EU-Japan deal is backed by a fund of 60 billion euros – a not insubstantial sum, but entirely dwarfed by the hundreds of billions of dollars Beijing has already poured into the BRI. In 2019 alone, China invested $21 billion overseas in BRI projects, according to the AEI Chinese Investment Tracker. It was more than twice that sum – $53 billion – in 2018.

The AAGC, meanwhile, remains nothing but a concept. No funds have been allocated and no projects outlined. Three years on from Abe’s announcement, the AAGC is effectively a white elephant.

Being aware, perhaps, of the limitations of these programs, governments in India and Japan have pursued their own individual projects as a further riposte to the BRI. In May last year, India and Japan signed a joint agreement to develop a container terminal at Sri Lanka’s Colombo port. Sri Lanka, of course, was a recipient of one of the more infamous Chinese overseas projects, the construction of Hambantota port that ended up being leased to a Chinese firm for 99 years because Sri Lanka couldn’t pay its debts.

Reports also emerged in April 2019 that India and Japan would develop a hospital in Kenya – a project clearly designed to extend their soft power in a continent where China is now a primary trading partner and leading foreign direct investor (behind European states). Meanwhile, last August Abe pledged $20 billion in investment over three years for Africa.

The BRI itself is a troubled project: investment declined by half last year from the year before and it lacks coherence to the point of appearing nonsensical. How else to describe the inclusion of South America in a project that is meant to facilitate trade across Eurasia?

But despite these challenges, the BRI still overshadows all regional rivals and influences thinking when the Middle East and Africa are considering investment partners.

The only country that could truly compete with China, the US, has opted to remain aloof from these regional investment rivalries. The Indo-Pacific strategy, announced by Secretary of State Mike Pompeo in July 2018, offered just $113 million (million, not billion!) in new investment projects throughout the region.

With the Americans out of the game, it is left to US allies such as Japan to try and keep up with China. And try as they might, their efforts will continue to be eclipsed by Beijing.