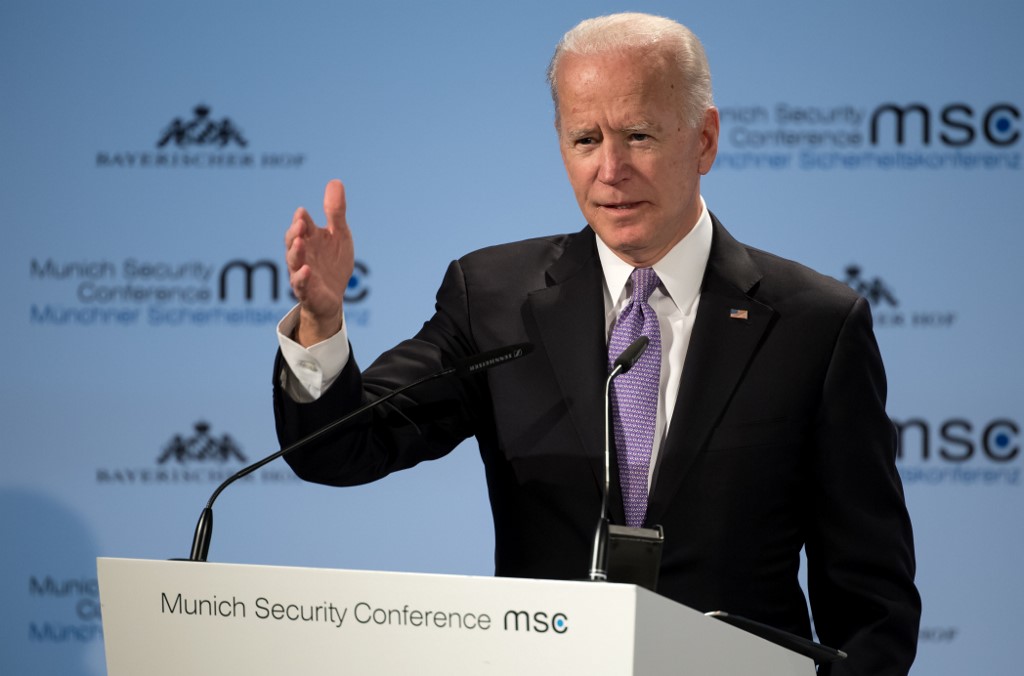 The world may think that America is falling apart at the seams, but it’s still worth spending some time preparing for the plausible and even probable scenario of a Biden administration in place in January 2021. A robust team of experienced foreign policy scholars and practitioners are hard at work thinking through how Biden could design and implement a post-Trump foreign policy.

The Middle East is not the center of gravity of these deliberations about America’s role in the world. In fact, for more than a decade, leaders across party lines have suggested that it’s time to rethink and scale back American commitments in the region.

Mostly driven by the fatigue of the Iraq and Afghanistan campaigns, but also affected by greater energy independence and a more nationalistic view of US security responsibilities around the world, the Trump administration has gone farther than the Obama administration in signaling this shift. Across the national security community, a growing consensus that the US needs to organize itself for threats in the Asia-Pacific region also has fed into this thinking, from the “pivot” of the Obama years to the more hard-edged geopolitical showdown with China of the current administration.

The countervailing trends relate first to Iran as an enduring threat to regional stability, from its nuclear activities to its entrenched positions in Lebanon and Syria, and its opportunistic activities in Yemen. The Obama administration had hoped to build on the 2015 nuclear agreement to defuse tensions with Tehran; Trump went in the opposite direction, but now lurches between aggressive rhetoric and vague hopes that diplomatic engagement can occur.

The second trend is the new pattern of normalization between Israel and some Gulf states, that the Trump administration is eager to tout as its diplomatic success, notwithstanding the fact that the process began well before 2017. It is good news, for sure, but for those who see a higher moral imperative for the US to focus on the Palestine question, the normalization agreements are a sort of consolation prize for the larger failure of the Kushner “peace plan.”

So how would a President Biden navigate these waters? It is important to look not only at the particulars of each Middle East trouble spot, but also the more general way Biden wants to frame American foreign policy if elected.

He recognizes that he can’t turn the clock back to 2016, and has to deal with some of the broken crockery of Trump’s bullish behavior. Those broader principles include restoring alliances, giving priority to democracies as a response to rising authoritarianism, recalibrating military commitments to align with fiscal imperatives and working in multilateral forums on the transcendent issues of climate change, global health and terrorism.

Alongside these external goals, Biden will work to restore trust within US society and inside the US government. He will work to reinspire public servants to be able to perform their duties in the national security arena in an apolitical way.

The Middle East is not an acute arena for alliance repair work, compared to Europe and Asian allies. Biden will be able to reestablish positive personal relationships with key Middle East leaders – with the likely exception of Saudi Arabia. He will have to deal with strong sentiment in Congress that that relationship may not reflect 21st century values, despite the decades-long economic and security partnership. While many leaders of friendly states may well prefer Trump’s reelection, they will adapt in order to keep the US engaged in the region. For many states, the idea of US retrenchment is alarming.

Given a likely renewed emphasis on democracy and human rights, the Middle East will present some challenges for a Biden administration. It will support the small number of democratizing states such as Tunisia, Morocco and Jordan. Relations with the regime in Cairo will be more problematic, and the level of US engagement there has been dropping for many years. Lebanon may be an opportunity for a new team to help the beleaguered state with the daunting challenge of restoring trust and taking some radical steps in governance and political reform.

Iran also is a tricky test for a Biden administration. Simply restoring US adherence to the 2015 nuclear agreement will not suffice; Biden’s nonproliferation experts might take the lead in proposing amendments to the accord and working with allies to salvage it, while Iran’s regional behavior would be the responsibility of regional officials in the State and Defense Departments.

Syria is also fraught with history and a present reality that is not conducive to any early American diplomatic success. Likely to be seen by historians as Obama’s greatest foreign policy failure, Biden will have to determine if there is anything to be done to bring closure in the civil war. His advisors have been particularly critical of Trump’s treatment of Syrian Kurdish allies in the fight against ISIS, and may focus on providing support to the areas of Syria not under government control. But it is likely to play a supporting, not leading, role in efforts to resume negotiations over the future of the country, under UN or Russian leadership.

Libya’s internal crisis may also belong in the category of problems where other countries or multilateral institutions can take the lead. The US will continue to support the on-again, off-again UN process, and may hope that southern European states, more directly affected by Libya’s sad dysfunction, will continue to engage without expecting too much from the US.

But Libya is also part of a larger, newer set of problems that a Biden administration will definitely have to address: the geopolitical scramble in the Eastern Mediterranean, with Turkey asserting its ambition to play a more powerful role in the region. This is beyond the pattern of Turkey on one side, the UAE on the other, playing Libyan factions off each other; this is a larger shift in power dynamics that will require some fresh thinking by a new team in the White House and State Department.

While the Eastern Mediterranean issues may not affect American interests the way the Israel-Palestine question, or Gulf security, have over many decades, it is still an important new source of uncertainty involving Nato allies and major Middle East partners of the US. A Biden administration might well see an opportunity to demonstrate, without any major military commitments, that the US can play a productive role in resolving regional disputes and avoiding larger conflicts.