Part II: Beyond Pakistan and India, Will Kashmir Define the New Leader of the Muslim World? 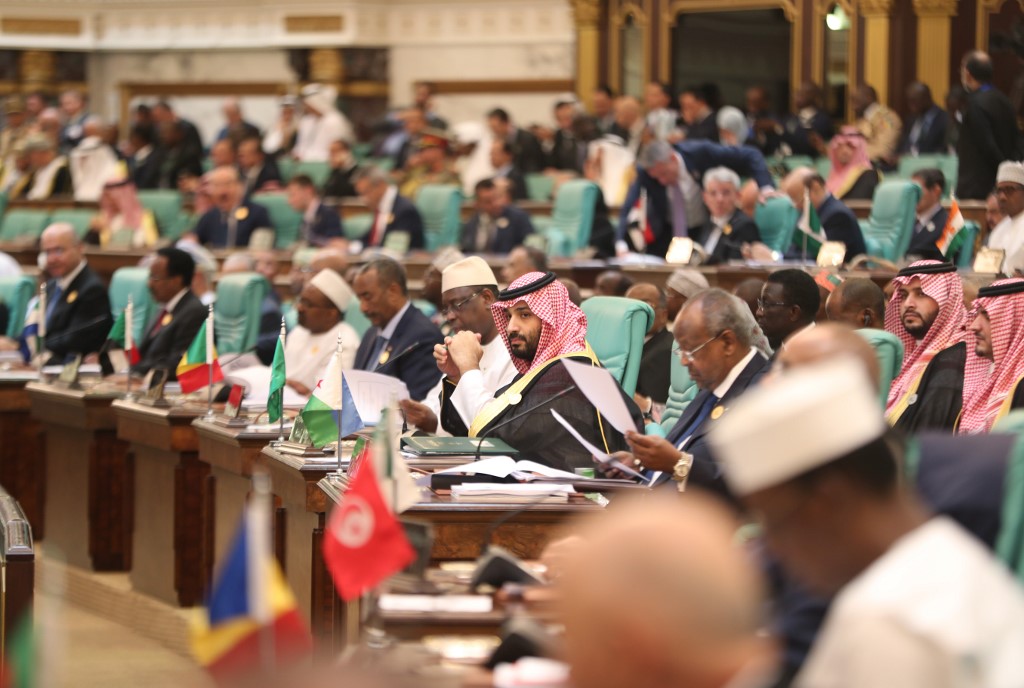 For Saudi Arabia, home of Islam’s holiest sites, the ongoing crisis in Muslim-majority Kashmir extends far beyond the question of whether to side with India or Pakistan. Kashmir is becoming the arena for a hotly contested race with the symbolic leadership of the Muslim world as the prize. While Iran has cultivated influence among Kashmiri Shias, Turkey has thrown its diplomatic weight behind Pakistan. Under the modernizing vision of Crown Prince Mohammed bin Salman, Saudi nationalism is now more important than the kingdom’s pan-Islamic role. This potentially leaves a vacuum that rival Muslim powers, such as Iran or Turkey, might seek to fill.

At the height of the Cold War, Saudi Arabia positioned itself as the leader of the Muslim world. Under King Faisal bin Abdulaziz, who ruled from 1964 to 1975, Saudi Arabia championed a pan-Islamic vision, funding charities, mosques, schools and development projects to promote Salafist Islam worldwide and counter the pan-Arabist and Baathist ideologies of its pro-Soviet, Cold War-era rivals, including Egypt and Iraq.

Things have changed under the influence of Saudi Arabia’s young Crown Prince. Since 2015, the Saudi government has reined in the World Muslim League, declared the Muslim Brotherhood a terrorist organization and relinquished control of several religious institutions in Europe, among others. The Crown Prince has already disavowed aspects of his country’s past and promised to return the kingdom to a path of moderate Islam.

Nevertheless, the kingdom continues to assert itself as leader of the Muslim world. In December 2015, Saudi Arabia assembled an Islamic military coalition to counter terrorism, aimed at combatting the so-called Islamic State, or ISIS. Two years later, Saudi Arabia convened an Arab Islamic-American Summit in Riyadh that was attended by US president Donald Trump and leaders of Arab and Muslim countries.

But other large Muslim-majority states are now staking a similar claim to Muslim leadership. Since overthrowing the Shah and becoming an Islamic Republic under Ayatollah Ruhollah Khomeini in 1979, Iran has tried to export its revolutionary model across the Muslim world. However, success has been limited to the Shia sect, which comprises only 10 to 15 percent of Muslims worldwide.

More recently, President Recep Tayyip Erdogan of Turkey has sought to redirect his country’s foreign policy away from its staunchly secular past toward a neo-Ottoman role. To this end, Turkey has championed a variety of Muslim causes, ranging from Jerusalem and Gaza to the Rohingyas in Myanmar. Moreover, according to a report by the Brookings Institution, Turkey has expanded the role of the Turkey Diyanet Foundation from education provision to funding mosques and religious cultural activity in Europe, the Balkans, the Middle East and Africa, thus partly filling a void left by Saudi Arabia.

Turkey, with its Ottoman imperial legacy that spans much of the Sunni Muslim world, has thus emerged as the main competitor for Saudi Arabia’s religious crown. During a visit to Ankara in July, Malaysia’s prime minister, Mahathir Mohamad, and Erdogan agreed that, along with Pakistan, the “three Muslim countries should work together” to further Muslim causes worldwide. In response, Pakistan’s foreign minister, Shah Mahmood Qureshi, welcomed the proposal to “initiate a Muslim Renaissance and unite the Muslim world,” a message that was bound to raise eyebrows in Riyadh.

This contest over the symbolic leadership of the Muslim world is increasingly playing out in South Asia. The example of firebrand Indian Muslim preacher, Zakir Naik, is a case in point. Naik, who runs a controversial satellite TV channel called Peace TV, was stripped of his Indian nationality and is wanted in India on several criminal charges, including money laundering and inciting terrorism, which he denies.

But in countries with a Muslim majority, Naik is a heroic figure who has been showered with awards from Dubai, Sharjah, Malaysia and Saudi Arabia. During a 2017 visit to Turkey, he praised Erdogan as one “among the few Muslim leaders who has the guts to support Islam openly.” He currently lives in Malaysia where he enjoys permanent residency status.

Embracing the controversial Indian Muslim televangelist is just one example of how Muslim states are outdoing each other in asserting their Islamic credentials. The Muslim-majority Kashmir valley, where many Muslims often complain of oppression by the Indian state, has not bucked the trend. Saudi Arabia’s influence in Kashmir is traditionally concentrated in the Ahl-e-Hadith, a Sunni faction whose ideology resembles Saudi’s official doctrine. Estimates vary, but Saudi Arabia is believed to have funded the construction of hundreds of religious schools, charities and mosques in Kashmir whose inhabitants traditionally practice a syncretic Sufi faith.

Iran also appears to have courted Kashmiri Shias in recent years. According to an anecdotal account by an Indian analyst writing for Haaretz, Kashmiri Shias are increasingly embracing Iran’s ideology of Islamic resistance. Banners depicting Supreme Leader Ali Khamenei have apparently become commonplace in places of worship, while protesters can often be seen waving the flags of Lebanese Hezbollah.

Meanwhile, the Turkish government has apparently taken a diplomatic approach, with a phone call from Erdogan promising “steadfast support” to Pakistan’s prime minister, Imran Khan. Moreover, Turkey is in a good position to exploit its Sufi tradition as a means of cultivating influence in Kashmir, especially by targeting those who may wish to revive Kashmiriyat, the valley’s heritage of religious and cultural harmony.

In the current crisis, the Kashmir Valley is becoming the stage for a global battle for Muslim leadership. Much is at stake for Saudi Arabia, which has always assumed that role for itself. Unlike the UAE, which has sided with India, Saudi Arabia can ill-afford to lose ground to Iran or Turkey in the contest over Muslims hearts and minds. At the same time, it is reluctant to damage relations with India, a key economic partner. How Saudi Arabia chooses to resolve this dilemma will serve as a key indicator of where the kingdom’s foreign policy is headed.

Hasan Alhasan is a researcher at the India Institute at King’s College London and an Associate Fellow at the International Institute of Strategic Studies (IISS). Previously, he served as a senior analyst at the Office of the First Deputy Prime Minister of Bahrain.