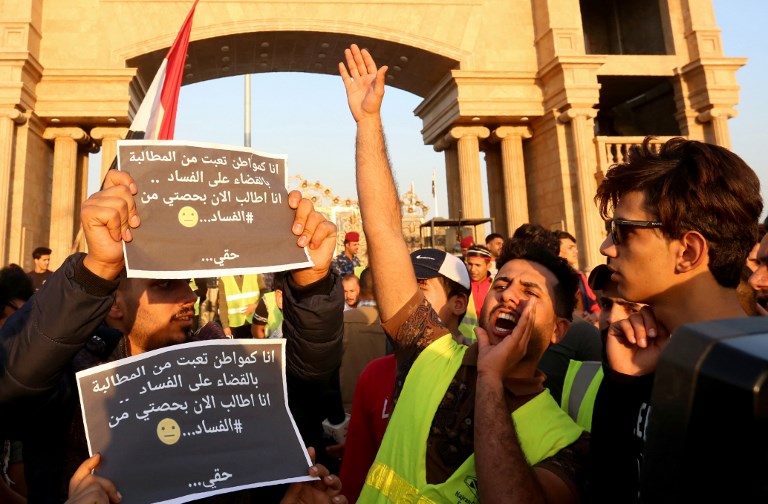 After a brief respite during the hot summer of southern Iraq, the citizens of Basra are out on the streets again, demanding jobs and better state services. The country finally has – after elections that were held way back in May – a new parliament, president and prime minister. The full Monty. One might have thought that now might be the time to let government get to work for the people. But no, Basra residents want their many problems solved immediately. While no one can underestimate the urgency of their demands, they also cannot but notice Basra residents’ troubled understanding of government, of democracy and of their role as citizens. Indeed, the problems in Basra is a microcosm of the tenuous state of democracy and good governance in Iraq and in the region.

It is understandable that when people are distressed by difficult conditions, they take to the streets. This is especially true in countries where the political system is not responsive to democratic signals. But in nations that hold free and fair elections, the system should be attuned to voter desires; unhappy citizens can effect change with their votes. Remarkably – and who would have thought this in 2003 – Iraq has become one of those countries where elections are more or less free and their results refreshingly unpredictable. Yet there remains a disconnect between voting and good governance, between voting and voting for prudent change, between serving voters and serving oneself. Iraq may have elections, but everything else is still broken.

When Iraqis went to the polling booth in May, Basra residents threw out two thirds of the 25 lawmakers who represented their province. While incumbents usually are favored because of name recognition and other factors, only eight MPs survived the electoral onslaught. Basra residents – estimated at three million – sent a clear message: they wanted change.

But new lawmakers had barely taken their oath and elected a president and a prime minister, when Basra residents resumed their protests. Did they understand that the new officials that Basra itself had just sent to the capital were still settling into their job? Or did they think that voting for change was one thing, but a street demonstration was how you get what you want? (Not that it has worked very well before.) In fact, what gives?

That Basra residents have legitimate demands is undebatable. Once dubbed the “economic capital of Iraq,” this oil-rich province has become an economic backwater. Unemployment hovers around 50 percent. A recent government census showed that roughly 45 percent of the province’s population is under the age of 15, which suggests a demographic time bomb.

Dependent on the confluence of the Tigris and the Euphrates for its water supply, the famed waterway known as Shatt Al-Arab now is so polluted that the local fauna is dying. Tens of thousands of dead fish washed ashore over the past few weeks.

Basra is a mess.

However, despite the legitimacy of their demands, residents seem to be further contributing to their own trouble, through their stubbornness in understanding how politics and governance works, and the purpose of elections. True, Basra replaced two thirds of its incumbent lawmakers; but in their stead it elected legislators affiliated with the same old blocs commanded by former prime ministers Nouri Al Maliki and Haider Al Abadi, in addition to blocs of other traditional politicians, such as Hadi Al Ameri and Muqtada Al Sadr. While supposedly voting for change, they in fact voted for the status quo.

In the minds of many Iraqis, who they elect and what they expect from the state are two separate things. Elections reside in the realm of political gossip, driven by national and local rivalries. Change, however, is something to be accomplished on the streets.

Such disconnect undermines democracy at its core. For it fails to connect representative government to being the enabler of good governance. As it stands, a majority of Iraqis still are far away from grasping what a state, let alone a democracy, means. They give their votes to those who pay them back with jobs, protection or simply cash.

For democracy to work, Iraqis need to join the dots between who they vote for and whether lawmakers deliver the governance they want and need. Iraqis need to stop seeing politics as a field to contest petty disputes or to advance sectarian one-upmanship. Their politicians need to be dedicated to building the institutions of state and civil society that promote and protect the interest of the many, rather than defend inequality for the elite. To get there, at the minimal, Iraqis need to switch their mindset and stop seeing themselves as protégés of the powerful but as citizens of the nation.

Meanwhile, Basra demonstrators are donning yellow vests. The French will recover and reclaim their democracy; but for Basra protesters to think that the gilets jaunes movement is any model for Iraq, shows the challenge ahead.