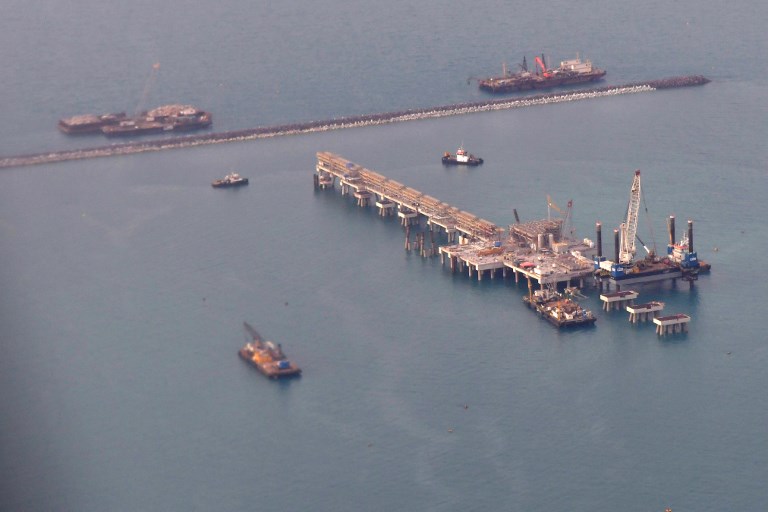 One often hears the saying that although Bahrain was the first Arab country to strike oil in 1932, it was also the first to run out of it. Its recent discovery of over 80 billion barrels worth of oil, however, might finally put all that to rest. Although Bahrain’s massive underwater reserves may not position it as a global player in the oil market or immediately rescue it from all its financial difficulties, it will keep the state and economy afloat. But importantly, the government must provide further clarity on what the reserves mean for the country’s economy in the longer term, and how they might affect its economic diversification strategy.

On April 1, the government announced the discovery of large quantities of oil reserves offshore. Three days later, the minister for oil, Sheikh Mohammed bin Khalifa Al Khalifa, further stated that the reserves, situated off the island’s west coast, stood at over 80 billion barrels of “tight” oil and between 10 and 20 trillion cubic feet of “tight” gas. (The term “tight” refers to hydrocarbon trapped between impermeable rocks; it is often also known as shale oil or gas.) Bahrain Petroleum Company (Bapco), it was revealed, had contracted Schlumberger and Shelf Drilling in 2017 to drill test wells, and hired American oil multinational Halliburton to drill two additional wells this year. Production, the minister added, was expected to commence within five years. Following this announcement, Bahrain’s All Share Index reversed its downward trajectory, indicating improved investor confidence in the health of the economy.

Yet, the announcement left several key questions unanswered. First, the precise quantity of the reserves remains uncertain, since the figures quoted by the government were the result of an optimistic evaluation. Second, the nature of Bahrain’s tight oil reserves is likely to represent a significant technical challenge according to Halliburton; despite their proximity to the country’s conventional oil field and existing infrastructure, the reserves’ offshore location may impose considerable difficulties in terms of extraction. Third, the extent to which an increase in oil production will translate into state revenues depends largely upon extraction costs, which are difficult to predict at this stage. Collectively, these factors introduce an element of uncertainty and put into question the feasibility with which Bahrain might be able to tap into its reserves, only 5 to 10 percent of which Halliburton speculated might be considered technically recoverable.

However, even if Halliburton’s lower estimate of 5 percent recoverability were true, the scale of the find for a country the size of Bahrain (whose citizens number less than 700,000 people) would still be enormous. Bahrain’s current oil production stands at roughly 150,000 oil barrels per day and represents around 70 percent of state revenue. If only five percent of the 80 billion barrels worth of oil reserves, i.e., 4 billion barrels, were recoverable under current technological conditions, the quantity would still allow Bahrain to double its oil production for several decades at least. The technology for the extraction of tight oil and gas, furthermore, is evolving rapidly, which suggests that even greater quantities may be recoverable in the future.

Beyond its economic impact, the oil discovery is also likely to have other wide-ranging implications. Geo-economically, Bahrain’s limited conventional gas reserves and tense relations with Qatar and Iran, its two gas-rich neighbors, were until now viewed as significant constraints on the growth of its energy and industrial sectors. Bahrain’s newly discovered reserves of gas should, however, allow it ample self-sufficiency, offsetting the present geo-economic risk to its future growth.

But the discovery also carries a huge potential downside that will require careful management. To begin with, it may complicate the government’s plan to introduce further unpopular subsidy cuts or implement a value added tax, the latter of which has already been delayed to October this year. The discovery could also dampen Bahrain’s appetite for economic diversification, a major objective outlined in its Vision 2030 plans. Above all, the additional income from oil could induce a level of complacency, leading the government to perpetuate some of the spending practices, including a bloated bureaucracy and an inequitable subsidy system, that have led to the budget deficit reaching 18 percent of GDP and public debt climbing to 82 percent of GDP in 2016.

Instead, the government should adopt a conscious strategy of treating its newfound reserves of oil as a strategic asset rather than as revenue. Following the example of Norway or its Gulf Cooperation Council neighbors, Bahrain should earmark a larger portion of its oil revenues for investment through its sovereign wealth fund, Mumtalakat, rather than running them down to support spending. Currently, Mumtalakat, which manages $10.6 billion worth of assets, is the GCC’s smallest sovereign wealth fund, even when measured as a ratio of the country’s economy. As a percentage of GDP, assets managed by the GCC states’ sovereign wealth funds range from 460 percent in Kuwait to 111 per cent in Saudi Arabia, leaving Oman (36 percent) and Bahrain (33 percent) at the bottom of the pile. Adopting a clear strategy that earmarks a larger share of the revenues to its sovereign wealth fund could preserve the value of Bahrain’s assets for future generations; it would also generate a return-on-assets that could fund investments in strategic sectors such as fintech, or even go toward a universal basic income scheme for citizens.

Finally, the inevitable uncertainty surrounding Bahrain’s oil and gas reserves may not completely reassure foreign investors or credit rating agencies just yet. But initial estimates surrounding the reserves, coupled with Bahrain’s apparent success in rousing interest among international energy companies, strongly suggest that the discovery enjoys the potential to boost the country’s economy and support its fiscal position.