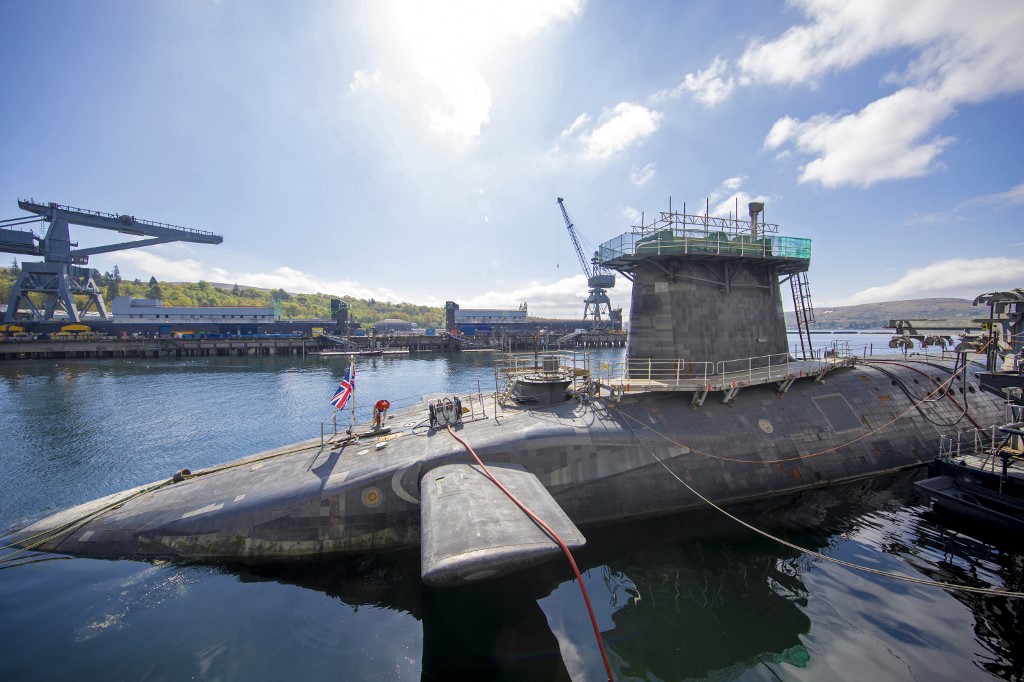 The AUKUS deal announced between Australia, Britain and the United States, despite its purported focus on the Indo-Pacific, will also impact the Middle East and South Asia. The deal, a consequence of the emerging bipolar competition between the US and China, will see Iran capitalize on the arrangement to further its nuclear goals. For if Australia can have more nuclear materials, so can Iran, Tehran will likely argue. And from there, a new nuclear arms race is set to get off and running.

The AUKUS deal, which envisages the provision of at least eight nuclear-powered submarines to Australia through technology transfer by Britain and the US, uses a rarely utilized loophole in the Nuclear Non-Proliferation Treaty (NPT). This allows non-nuclear-weapon states to divert fissile material away from International Atomic Energy Agency (IAEA) inspection if it is used for “peaceful” purposes, such as in submarine propulsion. Most states that possess nuclear weapons today developed the capability under the initial pretext of peaceful purposes, such as electricity generation, research and, yes, nuclear propulsion.

Indeed, Israel, which is widely believed to possess nuclear weapons, conducts “research” at its nuclear reactor near the city of Dimona.

The typical amount of highly enriched uranium required to make one nuclear weapon is approximately 25 kilograms. The amount likely to be transferred to Australia for its submarines will be anywhere between 100 and 200 times that amount. That this will be outside IAEA surveillance is breathtaking.

Now, the AUKUS deal gives Tehran a useful propaganda tool to justify its increased uranium enrichment. Iran’s ex-foreign minister, Javad Zarif, has already criticized America and Britain for the exception made for Australia, which like Iran is also a signatory of the NPT. Iranian members of parliament have also begun to question the credibility of the IAEA, which monitors (when it can) Tehran’s adherence to its NPT safeguard agreement and the Joint Comprehensive Plan of Action, also known as the Iran nuclear deal. Under the current hardline regime, Iran may simply walk out of the NPT, like North Korea did in the early 2000s, and then, like Israel (also not a member of the NPT), maintain strategic ambiguity on the question of whether it has nuclear weapons.

If the AUKUS deal catalyzes Iranian nuclear expansion, what will the Israeli response be? Israel, while tentatively aligning itself with the Biden administration’s plan of pursuing a multi-pronged strategy to prevent Tehran from developing a nuclear weapon, has left open the option of military strikes on Iranian nuclear facilities. Any Israeli attack on Iranian nuclear facilities will be catastrophic for the region. For starters, some of Iran’s nuclear plants are in its south, close to the waters of the Gulf. Radioactive fallout will affect every state in proximity. In return, Iran’s proxy militias could likely wreak havoc on Israel. This could overwhelm Israel’s Iron Dome missile-defense system.

Iran’s proxies may even target Israel’s nuclear reactors in return. This summer, a missile fired by Syrian forces against an Israeli airstrike landed 30km from the nuclear reactor in Dimona. Tehran has also put America’s Gulf allies on notice should it be the target of Israeli attacks. This will sink whatever is left of the nuclear deal and wreck whatever little chance of a grand detente that emerged at the recent Middle East summit held in Baghdad and attended by almost all regional states. If it seemed that America’s withdrawal from the Middle East to focus on its pivot to Asia would have brought a semblance of peace to the region, it now appears that with the AUKUS deal the opposite could be true.

In South Asia, Beijing could do an AUKUS-type deal of its own with Pakistan, with which it already has extensive cooperation in nuclear matters. This will be payback by Beijing to counter India, which Washington has, over the past few years, tried assiduously to rope into an anti-China alliance. This could impact the conventional balance of power between Pakistan and India, and could force New Delhi to alter its nuclear doctrine.

Last year, India’s defense minister, Rajnath Singh, hinted that India might change its no-first-use of nuclear weapons policy. If this were to happen, it could set off a renewed nuclear arms race in South Asia. It could even force Beijing to alter its no-first-use policy, setting off a domino effect that will impact the strategic calculations of all nuclear weapons states.

India has for long been trying to hedge between the US and China. It sent troops to Russia’s recently held Zapad military exercises in Belarus and is a full member of the China-led Shanghai Cooperation Organization, along with Pakistan. Yet if Beijing responds to AUKUS in kind by shoring up Pakistan’s military, this could force Delhi’s hand to further strengthen its alliance with the US.

Like the Afghan withdrawal before it, the AUKUS deal is part of the Biden administration’s sharp and sudden foreign policy moves as the US attempts to emerge on top at the end of what is likely to be a period of prolonged geopolitical turbulence. Countries of the Middle East and South Asia should brace themselves.