As the UN Tribunal for Lebanon Readies to Issue Its Verdict on Rafik Hariri’s Murder, Hezbollah’s Choices Are Limited 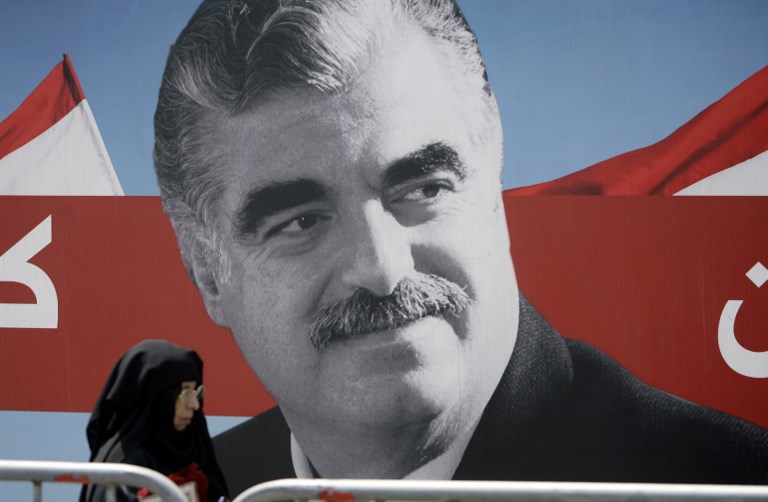 It is finally coming to an end. Set up in 2009 principally to investigate and try the perpetrators of the 2005 bombing in Beirut that resulted in the killing of the former Lebanese prime minister, Rafik Hariri, the UN Special Tribunal for Lebanon is preparing, at last, to issue its decision. The trial itself didn’t actually get underway until 2014. Now, in just weeks, the Tribunal will render its verdict on the guilt of four accused, tried in absentia: Salim Jamil Ayyash, Hassan Habib Merhi, Hussein Hassan Oneissi and Assad Hassan Sabra. As usual with murder and other acts of dastardliness in Lebanon, Hezbollah’t fingerprint is all over the case. Still, the “Party of God,” as it styles itself, has simultaneously called the Tribunal meaningless while promising to wage civil war if this “meaningless” court implicates Hezbollah. It is a sign of desperation at Hezbollah’s central offices.

Unlike the United States, which unequivocally considers Hezbollah a terrorist group, Europe sees it as a militia with a “political wing.” European capitals maintain links with the latter. However, should the Tribunal find Hezbollah implicated in Hariri’s assassination, and Lebanon doesn’t react appropriately, Europe will be forced to cut ties with the group. This will isolate further Hezbollah and its sponsor, Iran, even as both are desperately seeking international friends to help counter renewed American sanctions.

A reasonable person might think that the way out of its hole is for Hezbollah to seek a compromise with the Tribunal and the international community, whereby it gives up its militia in return for an acquittal: an offer to temper its unholiness in the manner of realpolitik. But realpolitik is a bridge too far for Lebanon’s Islamist radicals. And in any case, such decisions are not made in Beirut. For its part, Tehran cares not one jot that Hezbollah finally will be exposed explicitly as a criminal network (the world already implicitly understands it to be so). After all, Hezbollah was set up by Iran for the express purpose of executing dirty deed in its neighborhood. So forget reason, which stretched to its logical conclusion should mean the dismantling of everything that Hezbollah stands for.

The absence of logic notwithstanding, Hezbollah and Iran’s confusion can be at least appreciated, if one follows the tangled reasoning. Neither Hezbollah nor Iran thought the murderous deed they perpetrated would have had such long-lasting repercussions. And why would they? Political murder in the Levant isnit so extraordinary. Indeed, Hezbollah must have believed that Hariri’s assassination would be quickly subsumed under the rolling headlines of modern Levantine misery. Hezbollah’s allies in government even attempted to speed things along by tampering with the crime scene, towing away burned-out cars in Hariri’s convoy and quickly filling in the huge crater the bombing caused. But they were surprised at the anger that followed, which fueled a demand for a probe of unimpeachable credibility.

And now, what to do when that unimpeachable credibility is about to unleash its verdict? Hezbollah can drop the act of national unity and replace the prime minister-designate, Saad Hariri, the son of Rafik, with its own loyalist Sunni prime minister. It can even send Hariri back into exile to make sure that no Lebanese official endorses the tribunal’s verdict. But by shutting down local figures like Hariri, the last bridge between Hezbollah’s version of Lebanon to the rest of the world, the party only would be shooting itself in the foot.

An alternative would be for Hezbollah to keep Hariri and supporters of the Tribunal in government, and essentially hold them “hostage”: Should the court issue a verdict against the party’s interest, Hezbollah would harass Hariri and others in such a way that would risk their safety. And thus, to guarantee their wellbeing, Hariri and opponents of Hezbollah would be compelled to distance themselves — if not straight out denounce — the Tribunal. In this way, Hezbollah can propagate the idea that the Tribunal is an instrument of a foreign conspiracy that lacks any support within Lebanon.

Finally, there is the option of civil war, which the party has been threatening for some time. But the problem here is that Hezbollah has grown so militarily powerful, and has so much compromised the state, that there is nobody who can fight back. Hezbollah has so emasculated all other factions that no one can oppose it by arms. In the surreal world that Lebanon inhabits, Hezbollah can threaten a civil war and no one would show up.

Hezbollah and its allies have already stalled the formation of a Hariri cabinet. Originally, the freeze was for the purpose of convincing Hariri, along with Druze leader Walid Jumblatt and Christian leader Samir Geagea, to agree to reconnect with Syrian leader Bashar Al Assad. The delay was also partially so the foreign minister, Gebran Bassil, the son-in-law of President Michel Aoun, could make sure that a new cabinet would guarantee his eventual succession to Aoun.

But now, the Tribunal has displaced calculations over Assad and over Bassil’s succession plans. And it becomes harder for Hezbollah to enter a “national unity” government under Hariri, so long as the prime minister refuses to denounce the Tribunal. While seemingly strong, Hezbollah’s choices are limited.

The truth will emerge and show that the party assassinated Rafik Hariri. The media outlets of Iran, Hezbollah and their allies can deny this and claim it to be a conspiracy against the party. But the world and (most) Lebanese know better. It is a party that isn’t beyond assassinating rivals while claiming to be a “liberating” force.