Are Sanctions Really About Hurting Iran Or About Propping Up the US Arms Industry? 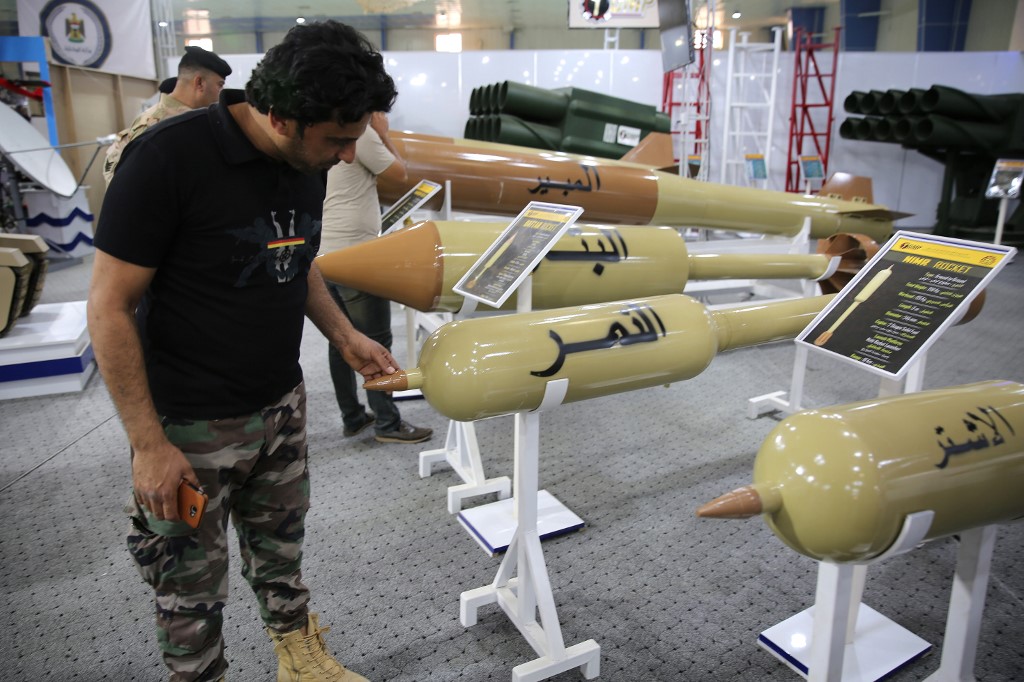 Indulging in historical “what-if” speculation is always entertaining, if rather pointless. What if the artillery shell that merely wounded Corporal Hitler on the Western Front in 1916 had actually killed him? No Second World War, no “Final Solution” and perhaps even no Israel and no ongoing conflict in the Middle East?

The potential ramifications of such tipping points are mind-boggling and the possible counterfactual consequences are endless. But in this year, the 40th anniversary of the Iranian revolution, it is not only instructive to understand the process by which this nation became an international pariah, but also essential if the deadly enmity between Iran and the global community is ever to end.

What if, in 1953, America had not schemed to overthrow Mohammad Mosaddegh, Iran’s democratically elected prime minister, because he had the temerity to nationalize the oil reserves that until then had benefited only the coffers of the British? Mosaddegh’s removal, plotted in London and Washington and engineered by CIA agents in Iran, gave absolute power to Mohammad Reza Pahlavi, the Shah.

In “All the Shah’s Men – An American Coup and the Roots of Middle East Terror,” American author Stephen Kinzer wrote that if Iran had been left to its own devices, the country “would probably have continued along its path toward full democracy,” perhaps even becoming a model for other countries in the region and “profoundly changing the course of history.”

Instead, the Shah’s hated regime, backed by US cash and arms, which tortured and killed at will and was hell-bent on Westernizing Iran at a pace that alarmed its conservative citizens, paved the way for the return from exile in 1979 of the religious leader Ayatollah Khomeini. Enraged by America’s refusal to return the ousted Shah for trial, on November 4, 1979, revolutionaries seized the US embassy and held 52 Americans hostage for 444 days.

And so here we are today, with America still smarting from the loss of face it suffered in 1979, while the unshakeable belief that America is the Great Satan continues to prop up the authority of Iran’s theocracy, which continues to disrupt and destabilize the whole region.

The establishment of an Islamic theocracy in Iran did not have to be the inevitable catalyst for the long and continuing confrontation between the two countries. Many nations, including the US, have perfectly civilized relations with others whose belief systems they do not share. But America, and never more so than under President Trump, has mirrored the Iranian leadership’s self-serving policy of demonizing the West by in turn demonizing Iran at every turn.

America first imposed sanctions on Iran in 1979, in impotent rage at the seizure of its embassy. Further sanctions were put in place after the Iran-Iraq war. For one reason after another, US sanctions have continued ever since, stoking anti-US sentiment and justifying, in Tehran’s view, every blow that has been struck against the West and its allies during decades of Iranian state-sponsored terrorism.

But Trump’s unilateral withdrawal from the nuclear deal, the product of 12 years of painstaking international collaboration designed to ease sanctions in exchange for Iran moderating its nuclear ambitions and rejoining the international community, has thrown fuel on a fire that many hoped might be dying out.

Just as America’s dismayed allies predicted, Iran has responded by escalating its nuclear activities, announcing this month that it was taking steps toward resuming the process of enriching uranium.

America’s sabotage of the nuclear deal is so transparently counterproductive that it is tempting to speculate that something more than mere historical hatred must lie behind it. In March, a report by the Stockholm International Peace Research Institute highlighted that between 2009 and 2013 and then again between 2014 and 2018, US arms exports grew by an astonishing 29 percent. More than half of all exported weaponry was bound for the Middle East, to countries aligned with America in fear of Iran.

In other words, a Middle East at peace with itself would be extremely bad for American business – and for politicians whose voters need the millions of jobs created by what the former US president, Dwight Eisenhower, once described as the military-industrial complex. In 1961, he warned of “the acquisition of unwarranted influence” by that same industry. It is a warning that would chime today with every Iranian child who will inherit his or her father’s poisonous hatred and distrust of America.

So let us play the “what if” game one more time. Instead of a Trump who exploits but does not learn the lessons of history, what if the next leader of the world’s most powerful nation were an Eisenhower who could see past the past for the sake of the future?