After the Pandemic: What Will the Movies Be About? 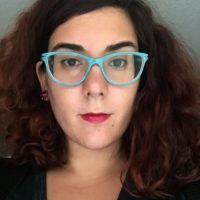 “What’s the next Covid movie gonna be?” the barista asks me through her mask as she slides a cup of iced matcha tea over a disinfected counter. I inhale the scent through my handkerchief face-guard and wonder.

Processing collective trauma is a curious thing in the digital era. Some audiences have sought to immerse themselves in the genre of the pandemic: “Contagion” jumped from number 270 to number 2 for Warner Bros in March and “Pandemic” has been trending on Netflix since quarantine began. Others seek full-tilt escapism: “Tiger King” (Netflix), “Star Wars: Clone Wars” (Disney+) and “Little Fires Everywhere” (Hulu) have surged in popularity in America during quarantine streaming.

As the “new normal” sets in and pages of apocalyptic fantasy seem to spring to life, will the content created in 2020 continue to mirror the reality we are facing, or embrace the escapism that is Hollywood’s hallmark?

As writers fire up their laptops to capture the feel of this historical moment, the audience – and buyers – for Covid-related content are, for the moment, few and far between.

“No one wants to relive their trauma by watching it,” says Rachel Miller, founding partner of Haven Entertainment. Most current buyers want to fulfill existing contracts or develop intellectual property that trends toward the aspirational and light-hearted. Anything about Covid-19 post-pandemic, she adds, would have to be escapist, light and hopeful. “If you’re going to do [a show about Covid-19], you have to make it à la MASH. It’s funny, chaotic and it’s talking about war – but it’s a joy to watch. You don’t leave feeling depressed.”

The 2008 financial crisis – another collective trauma experienced globally – received similar comedic treatment in 2015 with “The Big Short,” a searingly brutal, darkly funny take on a group of short-sellers who bet against the US economy. It was released seven years after the crisis and did well; enough time had passed for the wounds of job loss, foreclosures and the demise of the American dream to scab over in the minds of viewers. Americans were not watching their lives fall apart on screen while they were still in the thick of the brutal reality.

Such is the brilliant machinery of the Hollywood story; it can take collective pain and transform it into collective (and lucrative) catharsis, serving up palatable narrative and barbed dialogue that rings with enough truth to stick, but enough humor to make the bitter pill easier to swallow.

It’s this search for catharsis through film and TV that perhaps will drive post-pandemic content. William Day Frank, a producer and writer for more than 10 years, thinks audiences will turn to horror to escape current anxieties.

“In general, nobody wants anything to do with Covid-19 right now,” he says. “It’s too close, too soon. But horror is the genre that audiences can find relief in. Deep down, we’re all feeling scared, and horror is the perfect place to find catharsis without being too triggering.” Science seems to corroborate this: researchers have postulated that watching scary content offers a way to experience negative emotions vicariously in a controlled space, lending relief to those seeking escape from uncontrollable anxiety attacks.

That relief is needed now more than ever. A recent Pew Center poll found that a third of Americans are feeling very anxious and depressed about the future of their jobs and the growing rate of infection. Watching TV and films for distraction or to get through a sleepless night have led us on to interacting with media for more than 12 hours a day, according to Nielsen’s total US audience report for March. That number is expected to rise by 60 percent as the pandemic continues. Subscriptions to streaming platforms have also surged in the US and elsewhere, with collective usage rising from 116.4 billion minutes in the week of March 2 to 156.1 billion in the week of March 16.

Whether a viewer chooses “The Voice” over “Ozark” is irrelevant; the point is to escape to somewhere, anywhere, that is not the here and now.

That is perhaps the most dominating feature of any collective trauma experienced on this scale. There will be a willingness to agree to a collective amnesia for a time, to forget this ever happened and to resume life as it was – or rather, as we wish it to be – on screen. Perhaps there will be passing, coded mentions of “the quarantine” that evoke coded memories the way “the crisis” evokes images of bankers walking out on Wall Street or “the attacks” conjures up images of the Twin Towers collapsing.

But an entire world under lockdown might be too claustrophobic for the big screen, let alone for watching on TVs and cellphones.

However Covid-19 wends its way into content, there will be those who seek to exploit the fear and anxiety it once produced, as well as those who wish to do anything but, and will simply churn out a show for a laugh as they discover the next great distraction for audiences.

Effie-Michelle Metallidis is a screenwriter in Los Angeles, and a former journalist based in Abu Dhabi and Dubai.