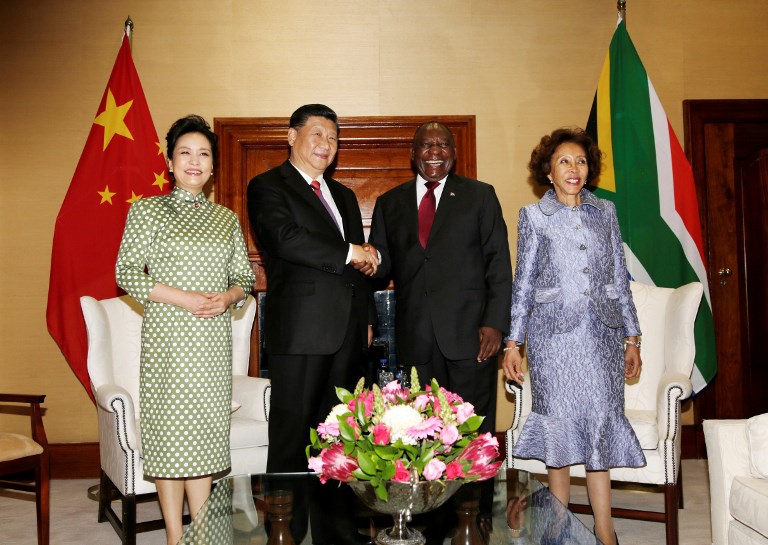 Africa’s debt problems are coming into sharp focus – and not just due to growing concerns of a global recession in emerging markets. Rather, attention rests on the corrosive effects of aggressive Chinese financing across the continent, which has left many African countries with insurmountable debt and power dynamics that conjure up the dark days of colonialism. Debt concerns underline the need for African countries to diversify their economic partners away from global powerhouses such as China.

But that will be easier said than done. As part of its Belt and Road initiative, a global project to reengineer trade flows with China at the center, Beijing has spent the last decade investing substantial resources in Africa. Through infrastructure projects and foreign direct investment, China has rapidly increased its presence in Africa since 2005. While Western countries still hold a larger share of African debt, China’s “debt trap diplomacy” is a commonly voiced concern.

At the opening of the Forum on China-Africa Cooperation in Beijing, Chinese President Xi Jinping was quick to dismiss claims that his country was using predatory lending practices to create an African sphere of influence. Insisting that China was a force for good on the continent, Xi pledged $60 billion to Africa’s poorest countries.

From a Chinese perspective, Africa is a fertile and growing market with enormous political advantages on the world stage. As the West continues to turn its back on the continent and its affairs, China is sending its own labor to build major infrastructure projects (which also serve to bind countries to the Belt and Road initiative) and investing substantial sums free of the human rights requirements put in place by the West. In return, Beijing gains access to African natural resources, the promise of African votes at the United Nations and little pushback concerning China’s multiple territorial disputes (only one African country recognizes Taiwan).

After more than a decade of Chinese investment, the imbalance is clear. Infrastructure projects have been delayed and several of the poorest African countries find themselves with insurmountable debt from China’s investments. Moreover, job creation has been abysmal with the Belt and Road investments. It looks undeniably like a modern form of imperialism. Africa is not alone in raising these comparisons and concerns.

On a trip to China in August, Malaysian Prime Minister Mahathir Mohamad blasted Beijing for its trade practices. “We should always remember that the level of development of countries are not all the same,” he noted. “We do not want a situation where there is a new version of colonialism happening because poor countries are unable to compete with rich countries. Therefore, we need fair trade.” In addition to his blistering criticism of China’s neocolonial practices, Mahathir froze several China investments in Malaysia, including a key rail project on the Malaysian peninsular.

China’s project to create a new commercial empire will almost certainly leave several countries indebted to Beijing. That is how empires have always operated. While Africa’s concern is real, what should individual countries do to protect themselves? They can’t simply turn their backs on China. Perhaps the best solution is to diversify their partnerships. That is where the Arabian Gulf could play a pivotal role.

Gulf countries have had trade relations with Africa that date back centuries, but it was only in the aftermath of the 2008 global financial crisis that serious investment began pouring in.

Since 2008, Saudi Arabia and the UAE have led African investments primarily in infrastructure development and agriculture. Because the GCC bloc – of which these two countries belong – lacks a coherent strategy on African investment, individual countries within the grouping have led the charge. Over the last decade, additional investment areas have expanded to include aviation, tourism, ports and the digital economy.

Unlike the Chinese or Western trade relationship, Gulf investment does not come with political strings attached. The Gulf is not interested in creating a new commercial empire like the Chinese, nor does it want to lecture Africa about Western values. It also does not have a history of colonialism on the continent. Simply put, the Gulf is looking only for a return on investment.

For African countries to take advantage of this budding relationship, they must codify the rule of law as it pertains to foreign direct investment. Unclear legal environments and shifting regulations in East Africa, and the Horn especially, threaten investor appetite, particularly from the Gulf. Instead of stating the obvious about China’s predatory imperialism, Africa should ensure its borders are open for trade with new partners like those in the Gulf. The result of such a shift will be an important counterweight to Chinese ambitions on the continent. In a world of economic giants, alliances between small countries can keep the influence of superpowers in check.