After the Killing of 13 Turks, Ankara Threatens to Export its Syria Strategy to Iraq 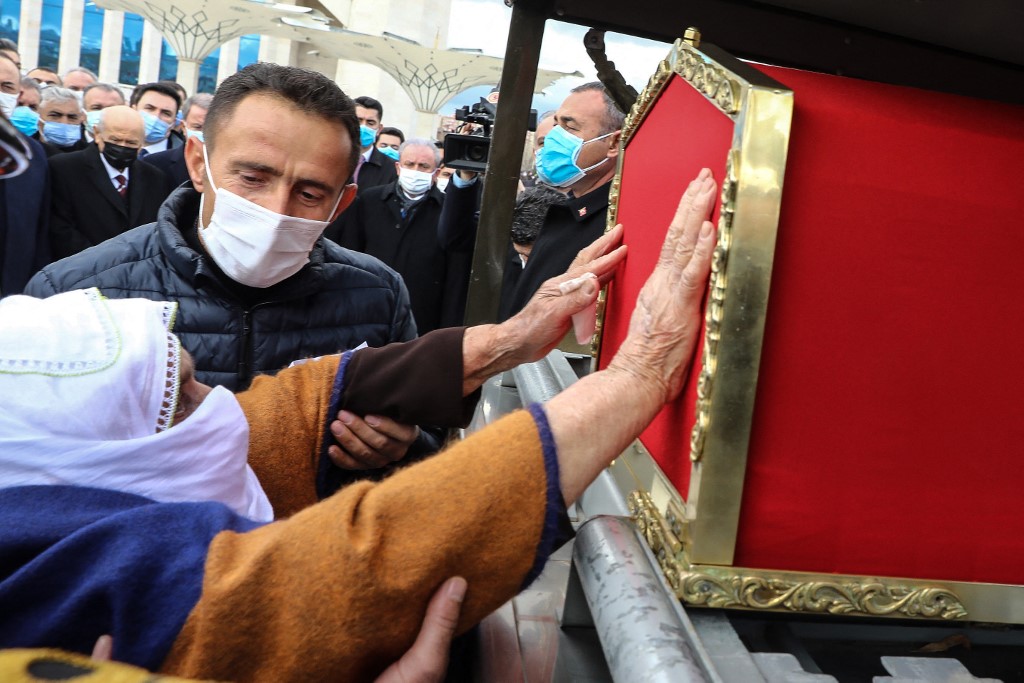 The killing of 13 Turkish citizens inside Iraq in February has sparked a far-reaching political row that now stretches all the way from Washington to Tehran and shows no signs of ending. So serious has the row become – and so determined does Turkey’s president, Recep Tayyip Erdogan, appear to be to keep it going – that it may lead to Turkey expanding its controversial Syria strategy to Iraq itself.

On February 28, the row escalated further, when Turkey summoned Iran’s ambassador to Ankara to protest about remarks made by another Iranian diplomat about Turkey’s involvement in northern Iraq. In response, Iran summoned Ankara’s ambassador.

The row began in mid-February when Turkish troops on an operation against Kurdish militants within Iraq, found the bodies of 13 Turkish citizens who had been kidnapped by insurgents from the Kurdistan Workers’ Party (PKK). Erdogan immediately accused Washington of not condemning the PKK with sufficient force. “You are with them and behind them, pure and simple,” he thundered. Turkey then arrested more than 700 people in connection with the killings.

The US state department eventually capitulated following the first conversation between the two foreign ministers since Biden took office and issued a more concrete statement more, affirming that “PKK terrorists bear responsibility.” But not before Erdogan made his most explicit threat to export the border strategy from Syria and form a “safe zone” across northern Iraq. “The event in Gara [in northern Iraq] has strengthened our opinions about a safe zone across our borders,” he told party supporters. “We will stay in these places, which we will secure, for as long as it takes so that we are not subjected to such an attack again.”

Such are the tangled relations across that whole region where Syria, Turkey, Iraq and Iran abut, that what can seem like a relatively contained, although tragic, incident could yet end up reshaping relations between Turkey and Iraq, and Iraq and Iran.

Turkey’s border strategy in northern Syria is both extremely controversial and, from Ankara’s perspective, successful. In 2016, Turkey began conducting military operations on the Syrian side of the border, with the aim of pushing out Kurdish militias that were carrying out cross-border attacks. The result is safe zones: de facto statelets guarded by Turkish soldiers, served by Turkish utilities and run jointly by Turkish and Syrian officials. Hundreds of thousands of Syrians who were refugees in Turkey have returned to these zones and Ankara plans to return potentially millions more, ending the refugee crisis within its borders.

It goes without saying that these safe zones are in a legal limbo; they exist only because Syria is riven by civil war and the Assad regime has little interest in taking back these regions by force.

But extending similar safe zones to Iraq would be even more controversial. Iraq may still be divided by conflict, but the central government is in control of its borders. Turkish fighter jets and soldiers do cross into Iraq to carry out operations inside the Kurdish region in the north if the country, and he done so for some time, but a permanent “safe zone” would be a significant escalation. To have Turkish soldiers shift across and occupy parts of Iraq would provoke conflict, unless it were coordinated with Iraqis.

And therein lies a clue as to why the row shows no sign of ending. As shocking as the idea of a Turkish safe zone might be, there is a realization in Ankara, in Baghdad and in Tehran, that there are some in northern Iraq who might just be able to accept it.

In an interview less than two weeks after the bodies of the 13 Turks were found, Masrour Barzani, the head of the Kurdistan region of Iraq, scene of the attack, said the problem of the PKK had been “exported” to Iraq from Turkey and laid the blame for Turkey’s actions squarely on the militant group. “There has to be no justification for the intervention of Turkish forces,” Barzani told French television, “and at this time, the PKK is giving them that justification.” He refused to rule out accepting a Turkish “safe zone” in his region.

That the head of Iraqi Kurdistan refused to condemn a foreign country for intervening and even blamed fellow Kurds for inciting that intervention shows how alliances may yet shift.

This is because the Kurdish region of Iraq is not monolithic. It is in fact internally divided between two rival political factions:the Kurdish Democratic Party, Barzani’s party, based in Irbil and therefore closer to northwestern Iraqi regions where the fighting is going on, and the Patriotic Union of Kurdistan, based in Sulaimaniya. If one faction, the KDP, accepts more Turkish involvement, that has a knock-on effect on its rivalry with the other faction. It also has a knock-on effect in Baghdad itself, because the current Iraqi president belongs to the Kurdish PUK party.

Only by following the political thread through to Baghdad does it become apparent why a diplomat from Iran – a country that shouldn’t really have any opinion on what happens in northwestern Iraq – waded into the argument.

And no ordinary diplomat, either, because the remarks that caused the Iranian ambassador to Turkey to be summoned were actually uttered by Iraj Masjedi, a general in the Islamic Revolutionary Guard Corps and currently on his first diplomatic posting as Iran’s ambassador to Iraq.

“We do not accept at all any military intervention in Iraq…. or any military presence in iraq, whether it be by Turkey or any other country,” Masjedi said in an interview with Rudaw, a Kurdish news site. “We believe the Turks must return to their international position and be stationed there and that the security of Iraq be maintained by Iraqis.”

Anything that changes the power calculus inside Baghdad matters enormously to the IRGC, which in effect runs Iran’s foreign policy in Iraq. And anything that could affect the ability of the IRGC to move freely in and out of Syria – the crossing points are also in the northwest – is of huge concern.

And so this one incident, in the mountains of Iraq far from the centers of power, has now tumbled down to the capitals of every country in the region. This crisis started because of a military mission that sent Turkish soldiers across the Iraqi border. It may yet end with a permanent footprint on the other side of that line.