The US Congresswoman Pushing Turkey’s Agenda 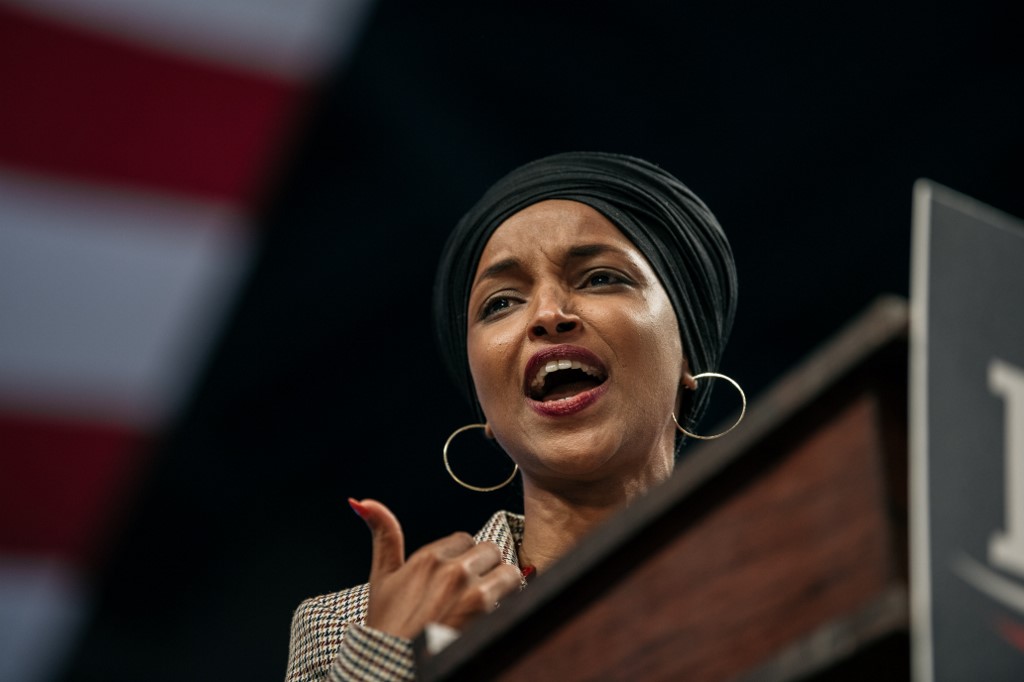 Members of the US Congress who put country before party are described as honest and free-spirited mavericks. But when a legislator puts another country before party, it raises some eyebrows. Over the past month, Ilhan Omar, the Democratic Congresswoman from Minnesota, has defied her party three times by casting her vote in ways that apparently might serve the interests of Turkey.

Omar’s ties with Turkey predate her term in Congress. While serving in Minnesota’s House of Representatives, Omar visited Turkey in February 2017 to speak at the International Human Rights Defenders Conference. From Turkey, the country that Amnesty International calls the “world’s largest prison for journalists,” Omar said she was not “very pleased with what [was] happening” in America.

The fact that Somali-born Omar wears a headscarf and Turkey has an Islamist government does not automatically mean that the two are politically connected. But relations between the two seem to go beyond sharing certain views. According to America’s Federal Election Commission, weeks before her pro-Turkey votes in Congress, Omar’s 2020 re-election campaign received a contribution of $1,500 from Khalil Mutlo, who is thought to be a cousin of Turkey’s president, Recep Tayyip Erdogan. Foreign contributions to election campaigns are prohibited in the US, but Mutlo, a co-chairman of the Turkish American Steering Committee (TASC), one of many Turkish lobby groups in America, is probably a naturalized US citizen.

Omar voted last month against a bill “opposing the Turkish military operation against Syrian Kurdish in Northeast Syria” and which threatened sanctions on Ankara. The bill passed with an overwhelming 354-vote bipartisan majority. Omar explained she had opposed the bill because sanctions were from a “failed foreign policy playbook.”

In July, however, Omar tried to introduce a resolution in support of boycotting Israel. She has yet to explain why sanctions work on Israel but not on Turkey.

Omar broke ranks again from her fellow Democrats when she voted against a resolution that “recognizes, commemorates and encourages education and public understanding of the Armenian Genocide.” On the same day, she voted against a bill to authorize “sanctions and other restrictions related to Turkey’s military invasion of northern Syria.” In contrast, Rashida Tlaib, the other Muslim-American Congresswoman and also Omar’s friend, voted in favor of all three bills on Turkey.

Omar’s explanation of why she voted against recognition of the Armenian genocide was just as unconvincing to Democratic pundits as her justification for not opposing Turkey’s war on the Kurds. She described the Armenia bill as “a cudgel in a political fight” against Turkey, saying that she was withholding judgment until an “academic consensus” had been reached. That may indeed be a long wait but it was good enough for Omar to keep showing her support of Erdogan.

It would be unwise to claim that Erdogan ordered his supposed relative to give money to Omar. Not only is the evidence circumstantial but it would have left Mutlo open to accusations of acting as a foreign agent. But campaign contributions to Omar – as Erdogan has reminded his American supporters – are no secret and the Turkish media has also called on Muslim Americans to donate to her campaign. Yet the sums are too small to justify why the Congresswoman from Minnesota went out of her way – breaking ranks with both her party and her political soulmates within it – to cast a vote that favors Erdogan, especially when it could have zero influence on the outcome, since all three bills were passed with overwhelming bi-partisan support.

There must be more to it – such as a shared world view of Muslims as belonging to a universal umma, or community, that transcends national borders. That is how Erdogan presents his leadership, at least, and although she represents a district in Minnesota, Omar often chooses to speak for a much larger constituency – for Muslim-Americans and Islam at large.

Though his brand of politics is nationalist-populism, the Turkish president has fused it with Islam. Turkey has financed mosques and religious education from Latin America to sub-Saharan Africa. In 2016, Erdogan visited Lanham, Maryland, to inaugurate America’s largest Islamic complex, which was funded by a generous $110 million donation from Ankara. It was the perfect stage from which to project his self-styled image as heir to a revived Ottoman empire and the leader of world Muslims.

In March, Omar gave a controversial statement that prompted Congress to pass a resolution condemning anti-Semitism and Islamophobia. “I want to talk about the political influence in this country that says it is OK for people to push for allegiance to a foreign country,” she said.

Omar might be well advised to take more care. She has openly questioned the loyalty of congressional colleagues who support Israel. But siding with foreign governments over Congressional consensus is an allegation that could equally be levelled at her.